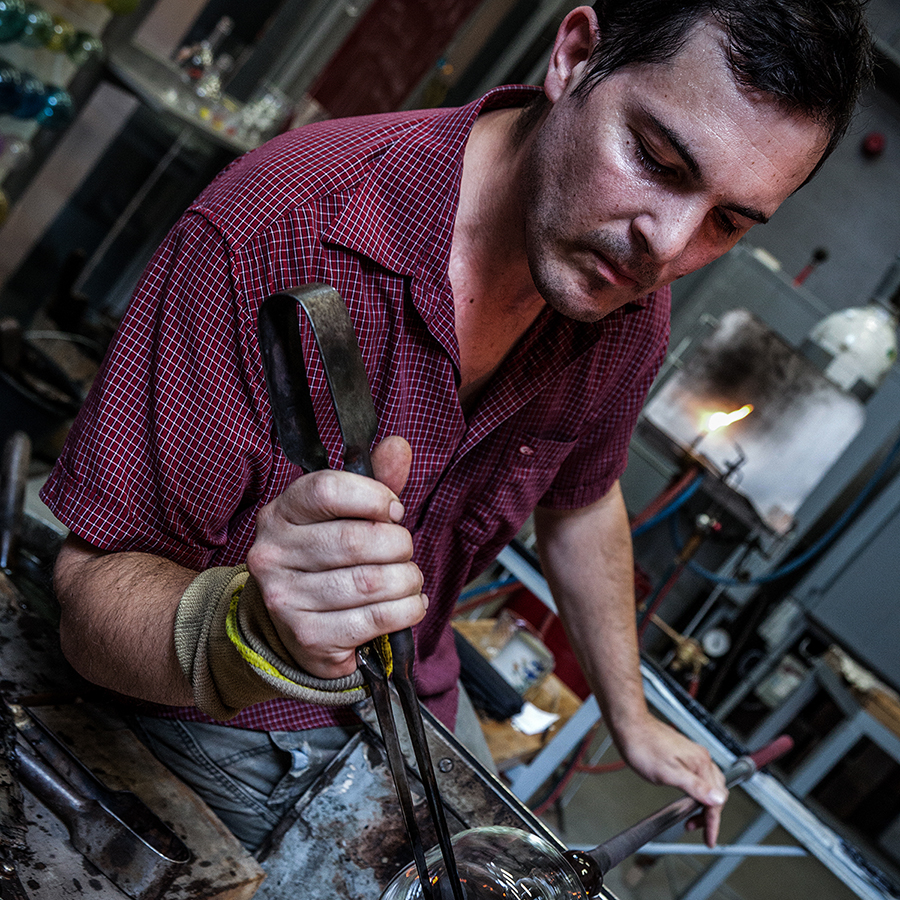 Mathieu Grodet was born in Orleans, France where he first studied art and drawing at the Visual Art Institute of Orleans. In 1999, he discovered the medium of glass and began his career in this ancient art by training at several studios across France and Europe. He began learning flame work at CERFAV (the European Centre for Research and Training in Glass Art).

After many travels, Mathieu dropped his suitcases in Canada where he now applies the different techniques acquired over the years. His work includes Venetian style thin goblets, original enamel drawings on glass, murrini and various glass creations. With all his work, he attempts to bring the past of glass together with the present – the outside world inside. His work explores themes of contradiction, power, duality and the absurdity of life. Mathieu also lectures and teaches the techniques he has learned. His recent workshops, lectures and classes have included various cities in China, France, Canada and the United States.

His work is in private collections across Europe and North America and can be seen at the Corning Museum of Glass and the Art Institute of Chicago along with several galleries in Canada.

“I create small tales, sceneries and anecdotes to talk about our common thread, our common history with a critical view on social, political and cultural issues.” – Mathieu Grodet 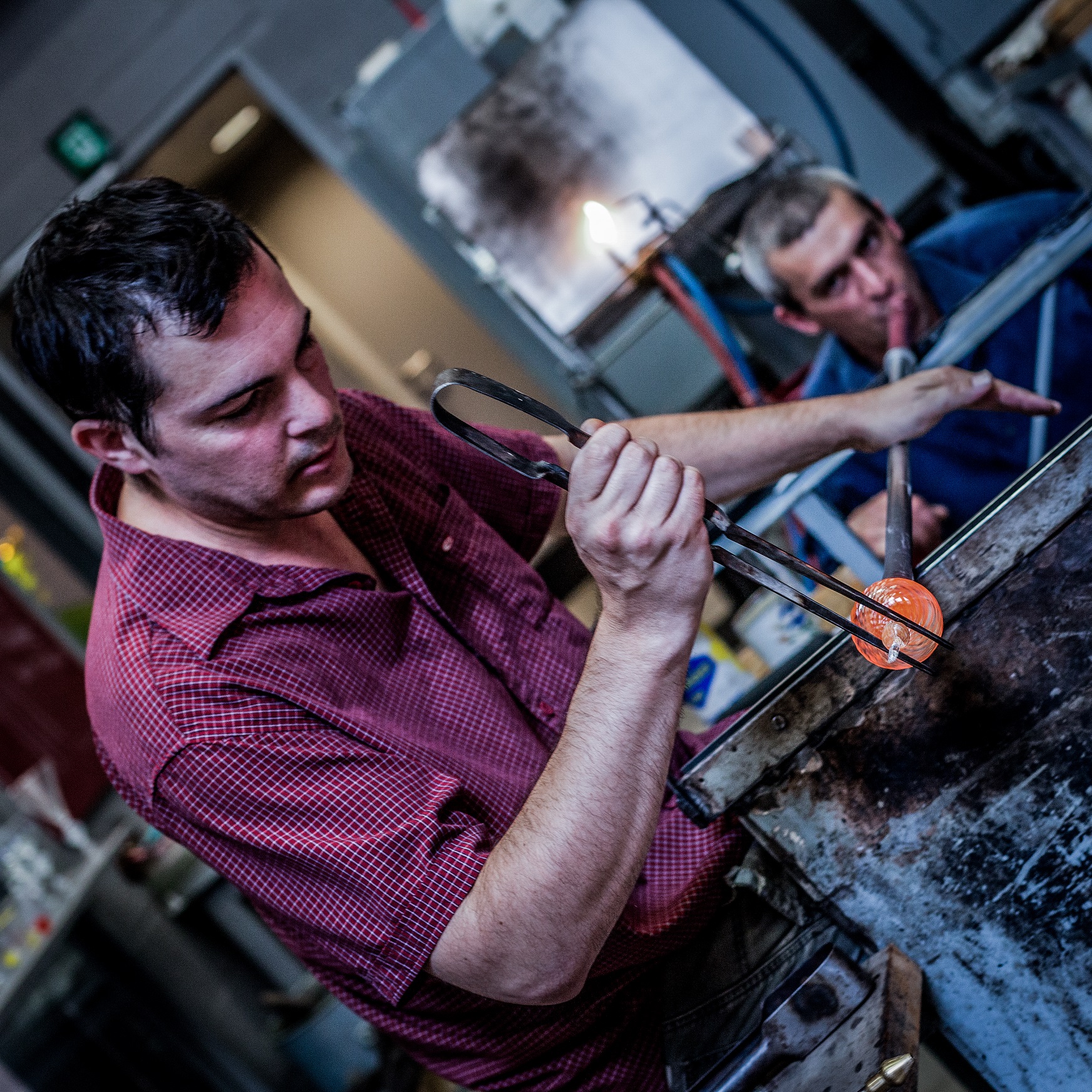 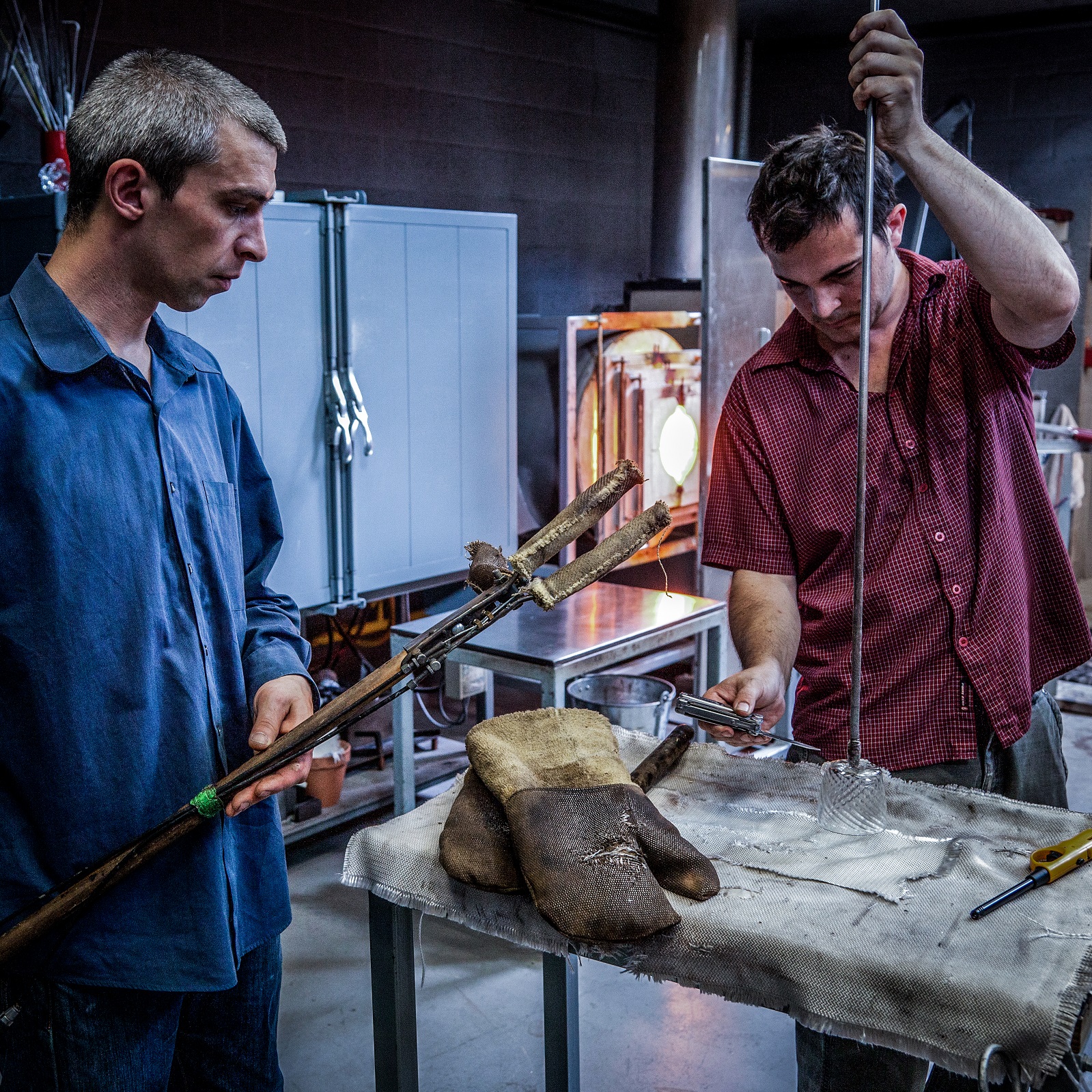 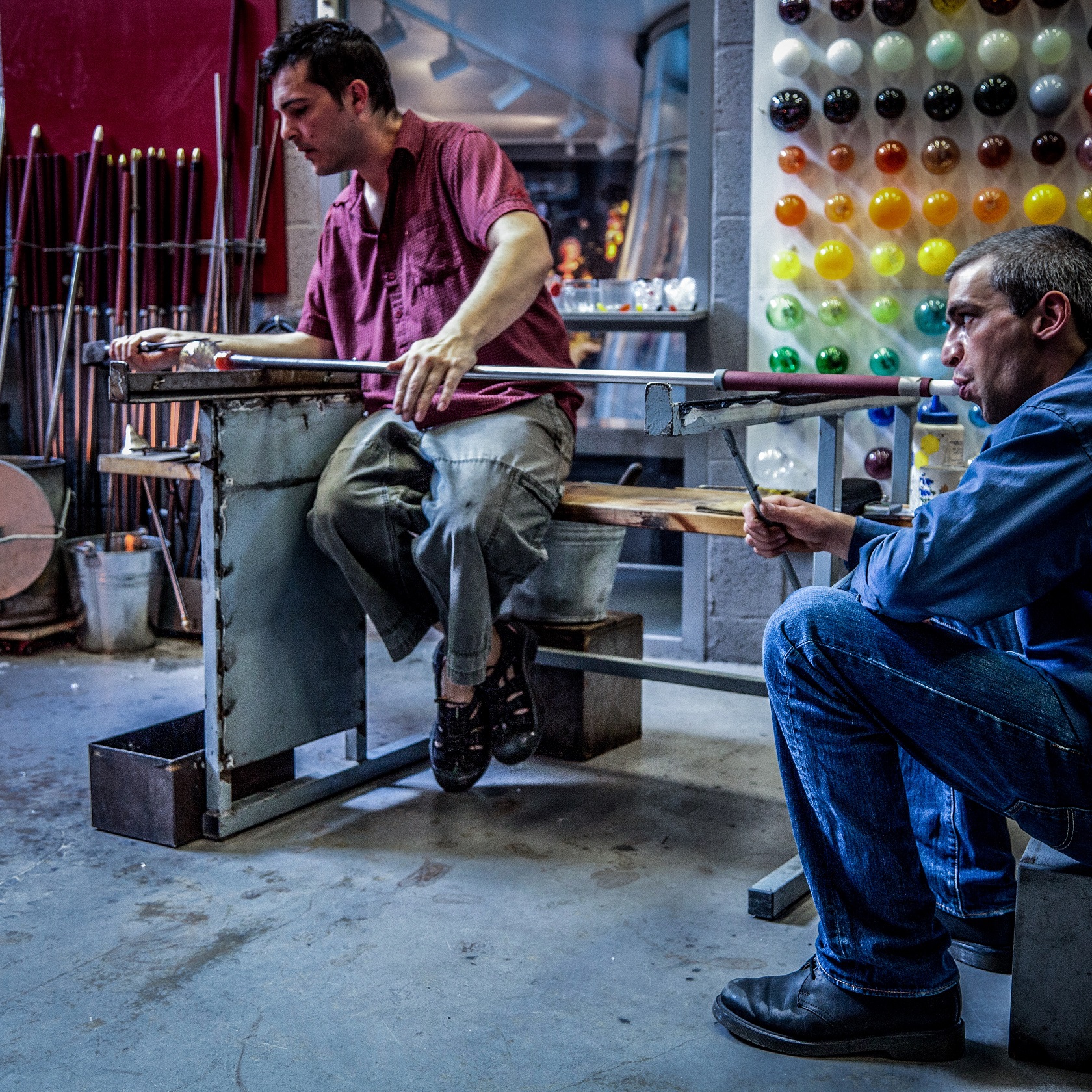 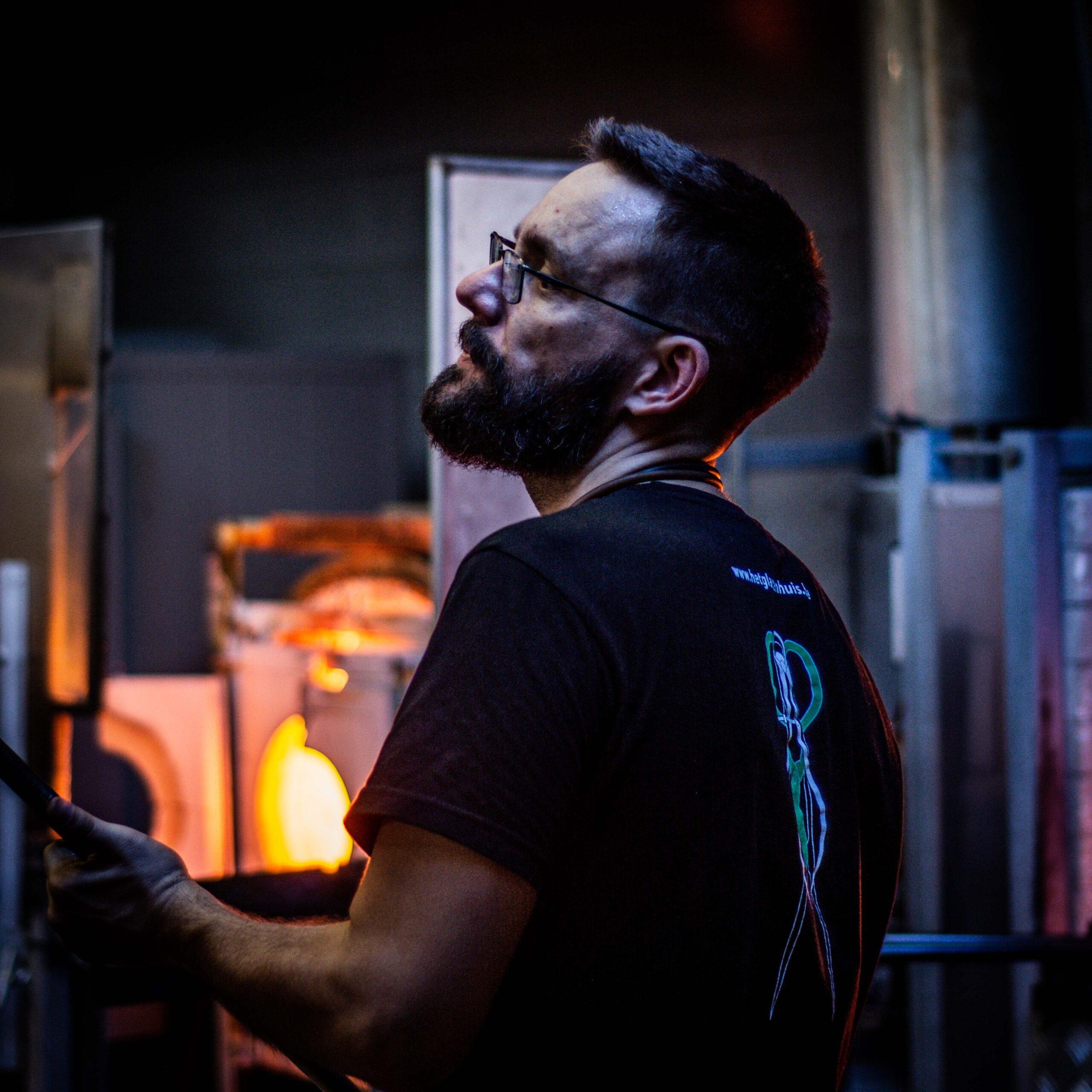 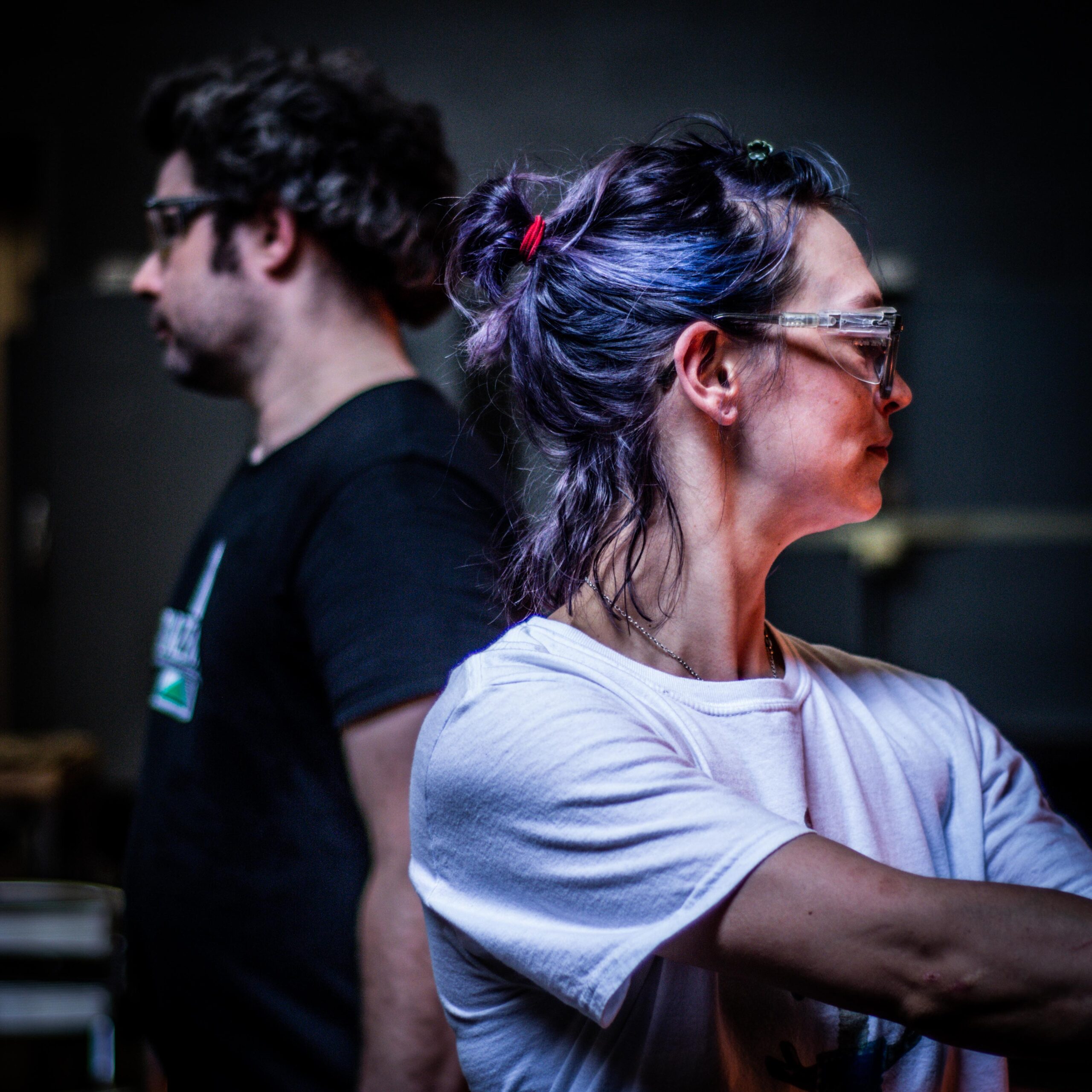 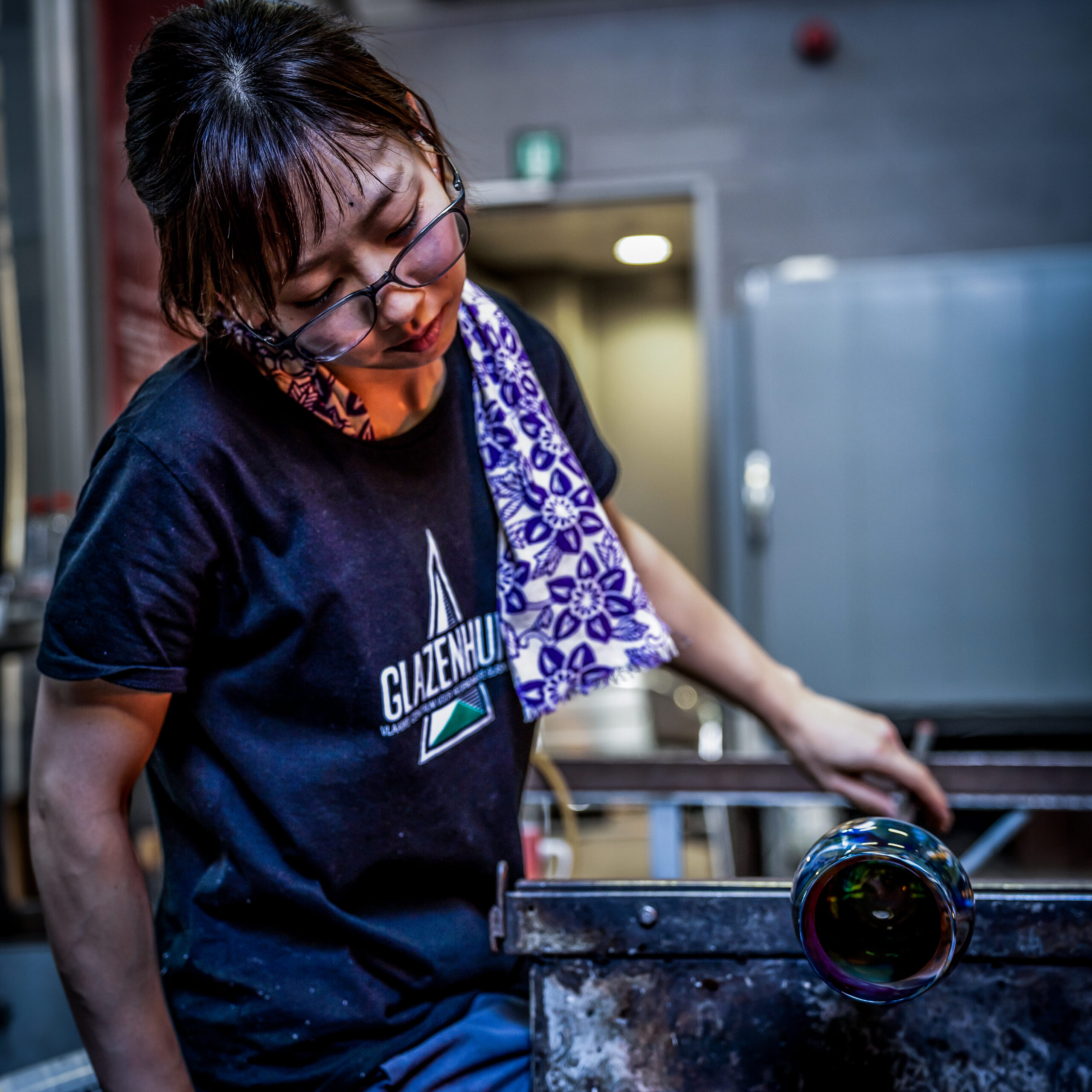